All Roles Are Not Created Equal

BizParentz is very fortunate to have had a working relationship with Disney Studios. We also have personal experience: between us, our children have worked for most of the Disney corporations, including themeparks, animation, feature films, ABC and Disney Channel television. Disney has been good to us, but it pains us to see other families pursue their Disney dreams in fruitless ways. Since we’ve been-there-done-that, please let us help you!

We know that lots of kids and teens want to be on their favorite shows that air on the Disney Channel, Freeform, DisneyXD or Disney+. And it is true that there are jobs to be had within Disney’s massive entertainment empire. The problem is, the Disney name is also the biggest tool for scammers, bar none. You’ll hear carefully worded commercials on the radio (“Does YOUR child want to be on the Disney Channel? Auditions are being held this weekend near you!”) , and you see show logos and actor photos prominently placed on websites selling classes or acting camps. Almost none of these are related to Disney in any way, and participating will likely be a waste of your time and money.  This article in the Boston Globe, What Does it Take to Become a Disney Star?  is a good illustration of this.

You can try to validate the advertisements with a quick Google search of “Disney Auditions”. Sadly, you will find that hardly any of the results were actually Disney sites, or real Disney auditions. They are just the bait to suck you into an acting school, scouting event, or online “service” or website.

So how do you find the real deal? Where are the real Disney auditions? We’ll get to that, we promise! But first, we would like to share a few realities of the Disney casting world so that you can focus your time and energy on the most effective strategies.

Bunk’d, KC Undercover, Liv and Maddie, Andi Mack and Suite Life on Deck are out of production, meaning there are no jobs on those shows and won’t be again. Just because you see a show on TV, doesn’t mean there are jobs available. 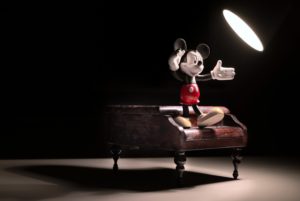 What the Mouse House Looks For

Be Careful What you Wish For 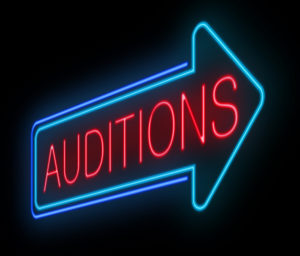 Where are the Real Disney Auditions????

Feature Film and TV: Casting for principal roles is usually done out of the major markets in Los Angeles and New York, and they are handled through the normal professional channels. We suggest:

We are dismayed by the number of individuals who make their living by inappropriately exploiting the Disney name. From those who share or sell regurgitated, second-hand project information to those who offer “exposure” at a very high cost, always remember that you can effectively, inexpensively access the information you need to give your child real opportunities.

”  Disney Channel is not affiliated with any acting school or acting workshop, and has not authorized talent searches or casting through THE Event. Disney overall has no role in THE Event and does not evaluate talent at any event.”
Click HERE to read the whole report at NBC News, Louisville KY

Be an educated consumer, and don’t start your child’s career by associating with those who not only can’t help you, but who may greatly harm your child’s future.