This is a 9 part series, beginning with this overview page. Select specific topics from the menu above, or proceed thru the entire series by following links at the end of each section.

Behind the Scenes on Broadway

The New York Times pulls back the curtain on a day in the life of Frozen, Hamilton, Pretty Woman and Escape to Margaritaville.  Check out this 6 minute video visit of the 42 Street Studios, the building where Broadway rehearses. Read the full article here.  Video courtesy of the New York Times.

In 2009, for the first time in history, the Tony Award for best actor was shared by 3 performers—the 3 boys who played Billy Elliot on Broadway. In 2013, a special Tony was awarded to the four girls who shared the title role in Matilda.  In 2015,  11 year old Sydney Lucas was nominated for a Tony for her role in Fun Home.  At least 23 recognizable adult performers got their start as a Broadway kid, and child film stars often make their transition to adulthood by hitting the stage, including Daniel Radcliffe and Abigail Breslin.

Many of our children dream of the big stage, but as parents we have no idea what it really takes for a kid to make it on Broadway. BizParentz asked about a dozen parents, studio teachers, agents and managers, and even a couple of adult Broadway actors to share what the Broadway experience is REALLY like.

We received some incredible information that we have included in this very lengthy article. Please consider reading this introduction to get an overview, then read each section for specific topics. You can get to each topic by clicking on the links in the bars above.

Broadway by the Numbers 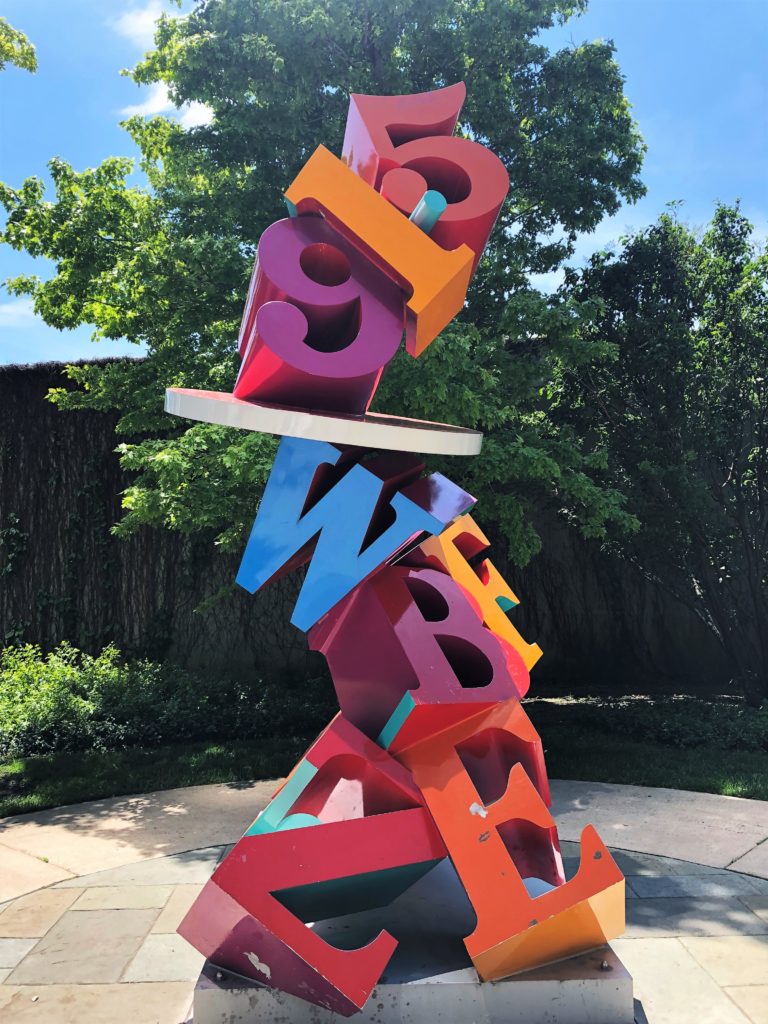 How Many Kids: Broadway producers are hiring kids hoping to attract a younger demographic, but the actual number is a bit variable depending on which shows are up. In 2010, there were 53 actors under the age of 16 working in New York’s major theatres but 23 of those are working on Billy Elliot. In 2020, there are about 30 by our count, including Lion King, Frozen and Mrs. Doubtfire.

Minimum commitment for a typical contract: Six months, with a possible rider for an additional six months. You can get fired or replaced at any time. Some kids get to continue for a year, or even two years in a successful show.

Shows per week: Eight, with matinees typically on Wednesdays and one weekend day. The shows are usually dark one day a week.

Pay rate for a hit Equity Broadway show: about $2168 per week before taxes and agent commissions.

Typical growth before a child actor gets replaced according to their contract: 10 lbs (lost or gained) or 2 inches growth. There are also restrictions for any change in appearance—braces, haircuts, etc.

Lifestyle on Broadway – Can Our Family Do This?

Theatre is not for everyone. It is a very demanding lifestyle that takes a commitment from the whole family. Is it for you?  Take the Bizparentz 12 Question Quiz:  Is Your Family Ready for Broadway? (downloadable PDF so you can share it with your family).

Kids in an Adult World 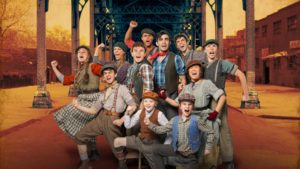 Unlike community theatre, or children’s productions, Broadway is not designed for children. Young performers are expected to be as professional as the adult performers in their cast, sometimes more so, since the kids also have the additional responsibility of going to school.

But how does a parents help their child manage this world when you aren’t there (because you had to drop and go)?

There will be coworkers that don’t like children, and some that resent their early success in this very difficult career (remember—the adults in the show may have college degrees and 10 years or more of struggling for this opportunity!). MOST adults do like children and enjoy working with them. One of the adult actors we talked to had this advice for parents:

“I think all of the adults liked our kids and were willing to hang out with them at various times. But I think you also have to be aware of when your kids are causing issues. There are a lot of kid actors who behave inappropriately for a backstage area. The adult actors often don’t want to cause problems by saying something, and we certainly don’t want to discipline any child ourselves, but it can be a sticky situation to tell a parent about behavioral issues.”

Of course, since the parent isn’t backstage, the only way a parent can really find out if there are any issues, is to have someone tell them. So that is when the wrangler, stage manager or company manager comes into play. But it also helps if a parent develops a relationship with the adult cast as much as one can without being intrusive.”

This is a parent’s most important responsibility.  You will be required to leave your child at the theatre, picking them up for lunches, dinner and after the show.  Physical safety isn’t as much of a consideration, thanks to strong labor unions for the crew.  They generally are very careful to make sure the work environment is safe, but occasionally, accidents do happen.  Where are you if your child gets hurt in the theater? 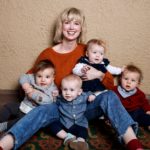 Wranglers, officially called Child Guardians…
are required by New York law (as of 2013, where they are referred to as the “responsible person”) and also required by Equity, the labor union for actors in live theater. The wranglers were unionized in 2012 under the Theatrical Wardrobe Union, IATSE Local 764.  They are tasked with supervising the young performers, making sure their behavior is professional, and ensuring their well-being.  They are NOT the same as the Studio Teachers required by law in CA.  Since parents are usually not allowed backstage due to space restrictions, Guardians will care for your child. They are your partner, and most valuable ally.  But it is important to recognize that they are paid by production and their job is to make the production run smoothly.

If their job description sounds vague, that’s because it is!  Here are two articles that might help you envision what a Child Guardian does:
Behind the Scenes with… Vanessa Brown, Child Actor Guardian — Crain’s New York Business
Meet the Child Wranglers Who Babysit Broadway’s Tiniest Stars — Backstage

The rules for safety are the same rules we parents should be using all the time:
Never leave kids alone with strangers.  Make sure the Child Guardian (aka wrangler) is not a stranger.  They do have fingerprint clearance, but no other standard job requirements. A few are frustrated performers, a few are just hard working crew looking to work their way up the stage management career ladder. Most genuinely love children and love their jobs.  You should do your own research make friends with them, and know who you are leaving your child with.  Make sure your child has a communication system (cell phone or radio if there is no cell reception in the building).

Trust your instincts.  Keep in mind that actors are NOT background checked, and there is no law saying that registered sex offenders can’t work on Broadway.  There is a popular male actor that is performing on Broadway right now.  He was convicted of a sex offense against a teen girl, but he still works.

Protect your child’s privacy.  Some Broadway shows are magnets for pedophiles, including almost all of the kid-centric ones.  Recognize that, and don’t give the creeps the any more information than you need to.  Here’s a PDF (thanks to Nancy Fagan!) about how to keep your child safe in a theatre environment, including how you word your bio and other important strategies.

Below are tips shared by the Broadway moms, agents, managers, and actors who contributed to this set of articles for BizParentz. These gems are in no particular order, but each one comes from someone who has “been there done that”:

“Directors say they have sought out just the opposite — smart, accomplished, often quirky kids and parents committed to keeping their children’s feet firmly planted on the ground.”

“A word to the wise” certainly holds true in this series of articles. Rather than going to the school of hard knocks, this information will hopefully allow families to foresee potential problems and eliminate the risks. For this opportunity we express sincere thanks to the many individuals, both un-named and named below, who shared their experiences and expertise with us so freely:

In summary, we asked our experts to give you some parting words of wisdom. Here is what they said:

Joan Blake: “Looking back on it now, I can only compare it to childbirth: It’s painful at the time, but in time you forget that and only remember the good times. Would he do it again? Never say never!”

Kim Pedell, manager/parent: “Be supportive and keep quiet—there is a lot of “gossip” and often its not true and hurtful and in the end everyone finds out the information. No two shows/part/auditions/casting directors or experiences are the same and nothing at all is predictable—so just enjoy it and have fun and let things happen as they will—its such an interesting process—and so rewarding!!!!! A lot of work—but a lot of fun!”

Julie Stevens, Producer, former child actor, studio teacher, coach: “In my experience, the kids that go on to successful careers in and outside of showbiz are the kids who’s parents never used their income to support their family and who’s parents stayed in the role of parent, not employee. I think parents who placed value in education while also helping to nurture the artistic abilities are a big influence in the success of their talented child. I’m hoping parents these days are more aware of the pitfalls of having a career so young, but the best way to prepare your child for the end of career is to make sure they have other hobbies and a strong support system.”

JK, adult actor working on Broadway with kids : “You can’t get those projects unless you audition…I think the only ladder is the one you make for yourself to climb. I only had local community theatre credits and yet I still got in for producers sessions for leads on Broadway and national tours. You can’t be considered unless you go, so go!”