“Hollywood” is a union town. Even the “Hollywood” that exists in the UK, Italy and Canada!  There are unions for almost all workers on a set and in the theatre, including the director, writers, crew, actors and even casting directors. Most of these organizations are named “guilds” because they don’t find work for their members as many unions do, but for all intents and purposes, they are a union.  In the United States, most of the actors unions below are members of the AFL-CIO, as are the unions representing teachers, police and factory workers.  Because of this association with the AFL-CIO, union members may be eligible for additional benefits, such as Union Plus college scholarships, auto loans and more.

Children represent a unique population. Acting is the only profession where children are union members, and many professional children are members of at least two unions.  Unions provide important protections to child actors. They are known for “collective bargaining” which means that actors negotiate with producers as a group to establish minimum wages, health insurance, and retirement pensions. For children specifically, they regulate work hours, provide for on-set safety, require academic education on set, among other things.
http://www.filmreference.com/encyclopedia/Criticism-Ideology/Guilds-and-Unions.html

In the US, unionism is governed by state law. There are “union states” which include the entertainment hubs of New York and California, and there are “right to work states”. In union states, workers are forced to pay the union dues in order to continue to work, either through membership or as a dues paying non-member (aka Financial Core). In “right-to-work” states, such as Georgia and Florida, actors may choose to join the union, but can choose not to—they can work union and non-union jobs without ever joining as long as they stay within that state. You can read more about this here: http://en.wikipedia.org/wiki/Right-to-work_law

Despite the many benefits, most parents will find that joining a union is a crossroads of sorts. It is the point when an amateur actor becomes a professional. There are many considerations including large initiation dues and the banning of non-union work from that point forward. We suggest you make a knowledgeable, well-timed decision. Join when your child is sure they want to make that commitment to a professional career.  Joining too soon can drastically slow a child’s career.

Below is a list of unions for performers in the United States, including a PDF specific to children. Further down the page, you will find non-profit organizations (often related to a union) that provide additional services to young performers.  Note that similar unions exist in other countries (British Equity, New Zealand Equity, for example) and they are members of the International Federation of Actors.  If you are working abroad, you will want to be sure to check the union status of your project before agreeing to work: make sure the project is either a SAG signatory or signed with another member of the FIA.  We highly discourage children from working abroad in non-union projects due to the high risk of human trafficking. 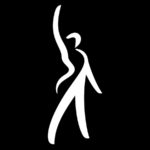 The Screen Actors Guild (traditionally film, television and commercials) and the American Federation of Television and Radio Artists (traditionally radio and live television) merged in 2012 to form SAG-AFTRA. The new organization, still referred to as SAG for short, has 160,000 members in the United States that work across all recorded mediums. Young performers have the same membership requirements and dues as adult actors, along with many of the benefits of union membership. When people ask, “Are you union?”, they mean SAG-AFTRA.

SAG-AFTRA’s home page where you can find your local services by geographical area, information about franchised talent agents, contract information and more.

SAG-AFTRA’s home page where you can find your local services by geographical area, information about franchised talent agents, contract information and more.

411 on SAG-AFTRA Membership for Kids

This downloadable Bizparentz PDF will give you the short and sweet points of joining the union. Make a wise decision about joining and more importantly when to join.

This is a downloadable PDF of the contract an agent will ask you to sign if they are SAG franchised. Note that many of the larger agencies are ATA (Association of Talent Agents) and use non-standard General Service Agreements instead.  GSAs are somewhat negotiable. The Bizparentz Agents page will help clarify.

Minimum earnings requirement must be met for a 12 month base period, and it must be met each year to continue having insurance.  In 2018, the minimum was $33,660 for Plan I coverage, and $17,340 for Plan II coverage.  In addition to the earnings minimum, participants must pay a quarterly premium of $300 – $357 per quarter.  Unlike adults, SAG-AFTRA child members cannot cover their family members because they are not considered “dependents”.  This insurance can only used for the young performer member.

This website was designed especially for kids and teens pursuing a professional career.  You’ll find games, quizzes, videos and a downloadable Young Performers Handbook.  The glossary of crew jobs on set is pretty awesome too!

Link to downloadable PDF of the contract provisions specifically applying to children.  This link will take you to the SAG-AFTRA site.

SAGAFTRA members vote on the SAG Awards in January of each year.  More importantly, register on this site for free DVD screeners and free screening events.

Each time your child works a union job, the employers deposit money into a retirement pension plan for them.  Although SAG and AFTRA merged in 2012, the pension plans have NOT merged so earnings are still tracked separately. Your child will only be able to claim the retirement money IF they meet the requirements to be “vested”.  The requirements are currently 5 consecutive years of minimum earnings, or 10 years of minimum earnings over their lifetime.  The pension plans are available, and contributions are deposited on all union projects, even if your child is not a union member.

The merger of SAG and AFTRA was controversial and rocky to say the least.  Bizparentz prepared a document to inform our union families about how this merger would affect their children.  We are preserving it here, because many of the issues still exist today and because those who don’t study history are doomed to repeat it.

Actor’s Equity Association (AEA, or Equity for short) was founded in 1913, and is the U.S. labor union that represents more than 50,000 Actors and Stage Managers. Equity seeks to foster the art of live theatre as an essential component of society and advances the careers of its members by negotiating wages, working conditions and providing a wide range of benefits, including health and pension plans.

This page has links to some of AEA’s services specifically for young performers.

411 on Equity Membership for Kids

Download this Bizparentz PDF for the short and sweet info on joining AEA, including the new 25 week EMC program and the dues increases in 2018-2020.

The Equity League is the benefits arm of AEA.  They provide health, pension and 401K services to qualifying AEA members. Qualification for health insurance is not based on earnings like SAG-AFTRA, but on time: for AEA you must work at least 19 weeks to get a year of health coverage. For pensions, you must be “vested” by working 5, 10 or 15 years within the union. 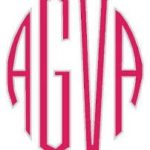 The American Guild of Variety Artists represents performers in such venues as circuses, casino shows, stand-up comedy clubs, and amusement parks (Disneyland and Universal Studios, for instance). They also represent performers at Radio City Music Hall, including the kid-heavy Christmas Spectacular, and some shows on and off Broadway.

411 on AGVA Membership for Kids

Download this Bizparentz PDF for a quick look at when (and if) young performers should join AGVA (spoiler: not unless you want to be a princess or a superhero at Disneyland).

The Alliance of Canadian Cinema, Television, and Radio Artists is a Canadian national organization comparable to SAG-AFTRA in the states. ACTRA has jurisdiction over all English language production, no matter what the method of distribution. This includes commercials, television and film, voiceover, etc.  ACTRA is very active in child labor issues but the rules very slightly from province to province.  Theatre in Canada is handled by Canadian Actor’s Equity Association (CAEA).

Great resource for young performers.  ACTRA even has a child advocate that is available to answer parent questions!

411 on ACTRA Membership for Kids

The law came into force on February 5, 2016 and covers both the live and the recorded entertainment industries. No longer are child performers in Canada protected ONLY by their unions, but now the law protects non-union children as well.  This historic legislation contains provisions to protect a portion of minors’ income, ensure their education is not compromised, guarantees parental supervision, age-appropriate hours of work and breaks, and health and safety measures. For the first time, the Protecting Child Performers Act, 2015 provides health and safety protections, income protection and tutoring to all children who work in the Ontario live and recorded entertainment industry.   Click on the link for more information about this law.

Use the flipbook ‘magnifying glass’ to access all the great information in the new Guide. It is easy to download from the ACTRA link. First published in 2002, the Guide is an invaluable resource for parents and guardians of school-aged children in the Canadian film and TV industry and spells out all of the rules ACTRA has bargained for and enforces to protect child actors.

Tabby Johnson is a former ACTRA Toronto Child Advocate. Theresa Tova is the ACTRA National Child Advocate. Together they are Tabby & Tova, a fount of information and a great resource for child performers and their parents.  You’ll find some of their answers to frequently asked questions in this series of Youtube videos.

Looking Ahead, a program of the Actors Fund, supports young performers between the ages of 9 and 18 in developing the values, skills and confidence they need to make successful transitions to fulfilling adult lives.  Services include:

The Actors Fund is a nonprofit, national human services organization that helps entertainment and performing arts professionals in theater, film, music, opera, television and dance through a broad spectrum of social, health, employment, and housing programs that address their essential and critical needs.

TThe SAG-AFTRA Foundation is a 501(c)(3) nonprofit organization dedicated to providing the most comprehensive, educational and state-of-the-art resources to SAG-AFTRA members. Like The Actors Fund, they have some emergency services for actors, but most child actors are more likely to take part in the Conversations program (screenings with Q & As by stars and film makers), Casting Access program, the college scholarship opportunities, or use the services of the Voiceover Labs and Classes in NY and Los Angeles.  Many of their programs can be accessed from anywhere via LiveStream.  Check out their calendar of events.   Please note that many Foundation workshops require quick RSVPs where all participants are placed on a waitlist first, then placed into the event officially–make sure to get on the wait list!