Looking to the Future for Kid Actors In a COVID Year

This year sounds like the plot of a post-apocalyptic movie, doesn’t it? A mysterious pandemic, government uncertainty, travel bans, and entire industries shut down. Everyone wishes it was over and we could “go back to normal”.  Well, friends, Hollywood will never be “normal” again.  For professional young performers, even less so.

No Job is Worth Dying For
Read this from Editor Zack Arnold– Dear Hollywood: We don’t want to go back to normal. Normal wasn’t working any more.

We don’t know when actors and musicians will be able to go back to work. But allow us to bring out our crystal ball and make a few predictions, based on the U.S. joint union reopening guidelines for the entertainment industry called The Safe Way Forward and the British Columbia Motion Picture COVID guidelines.

Here is the Future We See: 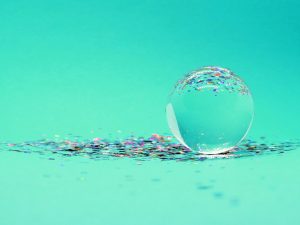 Kids will be safer on set than anyone else. Their risk is less for COVID-19, they don’t typically require touching scenes (think kissing or romance) and they have mom and teacher/welfare workres  on set looking out for them.  Kids are not the problem here.  They are collateral damage.

There will be less jobs for kids.  Even though children are not particularly at risk for COVID, they come with a parent and a teacher/guardian (in some states).  They also come with limited work hours, which translates to limited flexibility for production.  All that means more money (a problem considering budgets will be tight with increased costs), more people (a big no-no in COVID prevention). Productions will limit the use of children whenever they can.

CHSPE and high school grads who appear younger will be in high demand. No work hour restrictions, no parents on set, no studio teachers.

Background jobs will be almost non-existent. These jobs will be lessened to smaller groups in a scene, and large scenes digitally created.  Enter the VFX team.

More projects will rely on visual effects and digital characters. Voiceover will be available.  Body suits will be used since that work can be done in small groups without a full crew.   Kind of exciting and fun to learn!  Watch Can Hollywood Go Virtual After Coronavirus   https://youtu.be/5n56b7oNUss

There will be less agents and managers for kids. Less work, means less commissions, which means the commission business model for agents and managers isn’t going to be profitable. Some entry level representatives aren’t going to make it through this economic crisis.  Some larger agencies are going to disband their youth departments.
But don’t despair:  in the 1980s, the golden era of family sitcoms, there were three agencies for kids in Los Angeles.  Just three.  The key is that most of their kids were actually working.   Now there are more than 60, plus a more than 100 managers specializing in kids.  Don’t be discouraged though.  More agencies does not mean more jobs – it never did.  It just may mean that representatives will be more picky than they used to be.

Industry pros may be tempted to fall into the scam scene. Less work for performers means less income for agents, managers, coaches, photographers, etc.  They may try to sell you more “stuff” to make up the difference in their income. Don’t fall for it.  Do not pay to play.

Liability releases will become standard to go to work. The unions are all pushing back on this, and we wish them well, but the reality is that we can’t go back to work because insurance companies will not cover productions in this environment.  They don’t want anyone to get sick because they don’t want to have to shut production down.  But even more than that, they don’t want a family to sue them for the death of their family member.  We can’t imagine getting around this.  BUT…you should take it seriously.  Really seriously.

You will be asked to wait outside – don’t.  With the requirement to limit cast and crew, they will see parents as unnecessary.  Fight this. Parents should always, always be within sight and sound of your child.  Offer to get into wardrobe and be in background, or watch on a monitor if you must, but never agree to be in another location.

Families will need to stick together.  Film and TV shoots may require cast to quarantine.  No set visitors.  On the positive side, we anticipate that families may be hired as a group – if your family is willing, offer that up to casting. We may also see a bit more nepotism on set: the director’s family that is quarantining with her may be cast in minor roles.

Live theater will come back but tickets will be more expensive. They will likely find a way to block off every 3rd seat, and make sure the audience is separated from the cast by plexiglass or an orchestra pit.

School will be unpredictable and none of the options are great environments for real learning. Most traditional schools will be going on hybrid schedules.  They may go to school two days a week and do distance learning two days a week.  Even schools that are able to house all students on campus full time (mostly private schools), toggling back  and forth to full time distance learning could be the norm. Charter schools, which have been relied on by many showbiz families are likely to be defunded in California, as is full-day kindergarten.  If you have a considered full time homeschool, and your schedule and skills allow for it, this might be the year.

Paperwork will take longer. Government agencies will continue to work limited hours and have staff working from home.  Schools will be on crazy alternative schedules.   Expect delays renewing  work permits. Do not get lazy about keeping your items current.

International shoots could become more common.  Other countries will expand film incentives, and studios will go outside in hopes of getting a deal.  Other countries are already opening earlier than the U.S.   Make sure your passports are current. 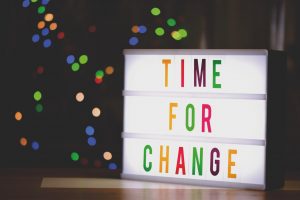 1.  Take a moment and reflect.  Is this something you REALLY want to do? Parents: talk to your kids and provide a reality check.   This will not be an easy time to pursue the industry, and it is very likely that they will not book a job until they are in the next age group… a year or more from now. They need to take the long view of their career right now.

4.  Get ahead in school. For younger kids, become rabid readers.  All great actors are great readers. For teens, look toward taking the CHSPE test or graduating from high school early. 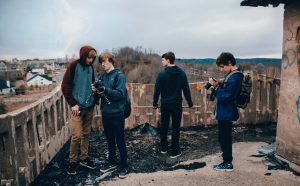 5.  Get good at video. Learn to make great self-tapes quickly and learn how to act on Zoom.

6.  Buy a light kit and a good phone camera. Really. Save up if you have to.

7.  Learn a cool new skill that makes you unique or pulls out your passion.  Similar to taking a gap year after high school, be prepared to explain something you did in the COVID year.  When this is over, CDs will ask you.

8. Consider the right kind of school. Parents, consider your child’s learning style, regardless of showbiz. Don’t let this year be a loss. Instead, consider other alternative forms of school, like full time homeschooling.  We don’t mean “schooling at home” or “supporting your child’s education”.  We mean, really focus on your child’s individual needs. Education lasts forever.

9.  Create. There is no pandemic in art or music.  Make something. There is no limit on creativity, and in fact, crazy circumstances like this can be catalysts for amazing growth.  Explore adjacent careers like directing, editing, music composition…there is a whole world of creativity out there.

10. Practice gratitude and be compassionate. Be grateful to be alive. How you handle this pandemic as a family will be remembered for the rest of your life.