How to Research People

If the names Natalie Hinds, Frances Gumm, Thomas Mapother, Lauren Palmer, Shawn Carter, Carlos Estevez or Natalie Hershlag don’t sound familiar to you, you are not alone*. These are well known celebrities who, for a variety of reasons, chose to take a stage name for their professional career.

The practice of working under a stage name (aka professional name) isn’t limited to celebrities though. Many child actors also use stage names. BizParentz strongly suggests you consider using a stage name for your child at the beginning of their career. It has many advantages, most importantly their safety.

Informal surveys of our more experienced parents tell us that those whose children worked under a stage name were happy with the decision, while those of us who didn’t, wish we did. Check out these discussions on Delphi’s Professional Actors Resource Forum (aka PARF) where established parents are discussing the use of stage names (note: requires registration):

Confusion / potential paperwork mistakes when payroll is issued under one name, but credits are issued under another.

Confusion for the child (If they are under the age of 7 or so, it can be confusing for them to have two names to answer to).

Tips for Choosing a Stage Name

How to Make A Stage Name for A Child Actor

Kids who use stage names do not usually change their name legally. Instead, they simply adopt the new name by listing it on their work permit and registering it with SAGAFTRA. The practice of using a stage name is so common that California Entertainment Work Permit application forms have a line for “professional name”. The actor keeps their birth name on their birth certificate and other legal documents. Their social security number is used to track them for payroll purposes

There are three areas in which you will need to be aware of your stage name use vs. legal name: Union Membership, Employment Contracts, and Finances. 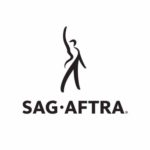 You may have heard that SAG-AFTRA will not allow two performers to use the same name. This is true…most of the time. The exception is that SAG-AFTRA cannot bar you from using your birth name, even if someone else already uses it. So if you legally named your child Tom Cruise at birth, SAG-AFTRA would have to allow it (but is this really wise?). Most of the time, the union will require you to create a name that isn’t already in use by one of the 140,000 members of SAG-AFTRA. According to their website:

“SAG makes every effort to avoid enrolling members with the same name or with very similar names. Because the list of available names changes daily, it would not be helpful to you for us to research your name choices before you join. During your joining appointment, we will ask you for three alternate name choices, in case your first choice is not available. A final name-availability check is done at the time the initiation fee is paid. Only then can an applicant be assured of having a particular professional name.”

Of course this presents a problem for many young performers, since actors typically have several non-union credits and have been working for years before they can even approach SAG to ask if the name is already in use. We suggest you keep tabs on IMDb for the name you are considering. You can also set up a Google Alert for the new name so that should it “become” famous while you are still in the early stages of your child’s career, you can adjust.

Standard union employment contracts have places for you to list your social security number, your legal name AND your stage name. Usually, the contract says something like “Credited As:”. That’s where you place your stage name., and that is what will be shown in the credits of the project.

So what happens in the case of employment contracts that are often court ordered? Michael Rosenfeld, Vice President and Counsel of the Walt Disney Company tells us, “Most kids do not legally change their names to their stage names. The court documents generally need to reflect both names, since the legal name is on the birth certificate (or passport or drivers license) and the contract lists the stage name (and sometimes also the legal name). Court documents would generally say something along the lines of “Destiny Hope Cyrus aka Miley Cyrus”. By the way, Miley Cyrus did eventually do a legal name change after having used the stage name for many years.

Banking, taxes and payroll are normally tracked by social security number, not names. Still, young performers might find a few glitches, so we suggest talking to your bank when you open the account to make SURE things on the account are listed correctly. Representatives at SAGAFTRA Federal Credit Union tell us that young performer bank accounts are typically opened in BOTH names (same ideas is above, “Destiny Hope Cyrus aka Miley Cyrus”). That way, no matter which name the checks are issued in, the performer can deposit them. We suggest using a financial institution that is familiar with stage names for minors (such as SAGAFTRA Federal Credit Union, Actors Federal Credit Union, and First Entertainment Credit Union) for this reason.

While the initial interaction with the entertainment industry may make us think our child’s name should be up in the bright lights for everyone to see, there are very realistic reasons to forego that ego-driven perspective. For child actors who have a very unknown future both in and out of the industry, we hope this article gives you plenty of reasons to consider the somewhat protective alternative of a stage name.

Answers to the Secret Stage Names Above