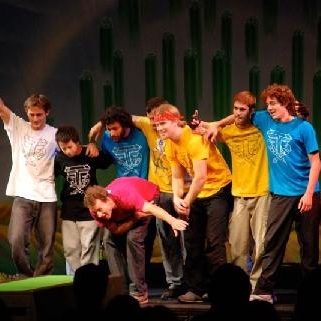 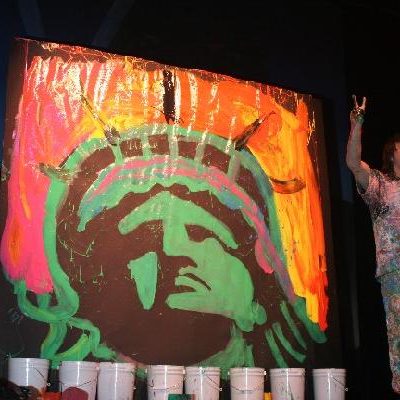 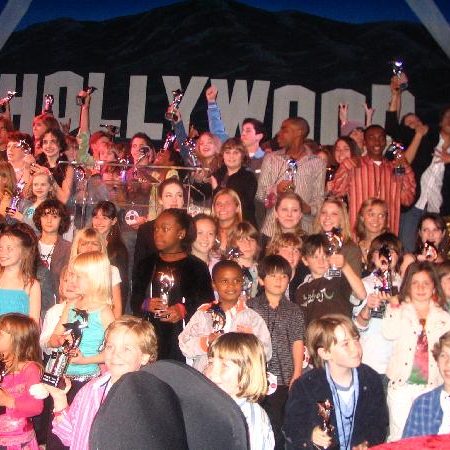 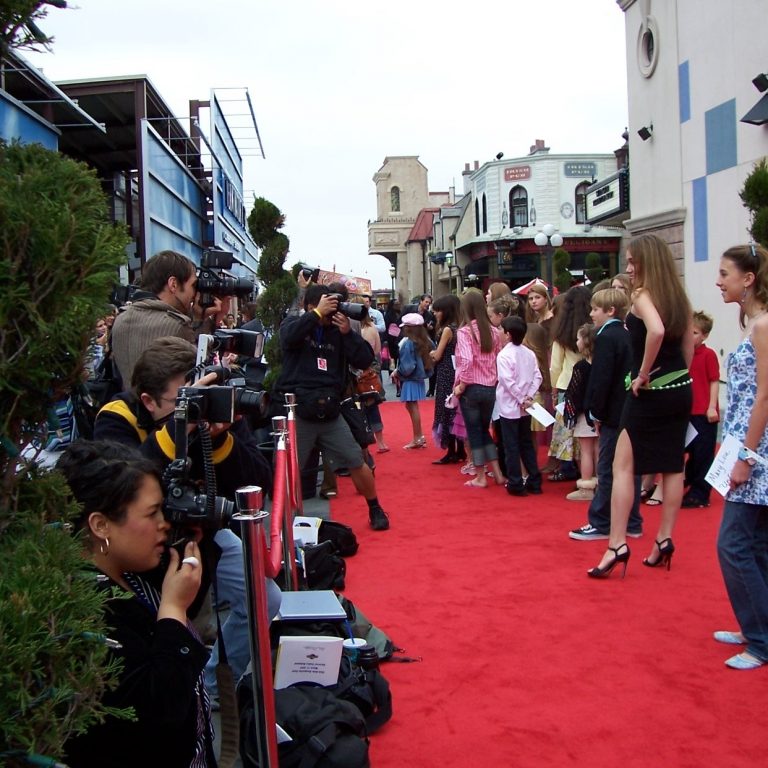 CARE 2010 took us all to the tropic islands of Hawaii. This theme celebrated the unique culture of “Ohana” (family) in Hawaii and the huge industry presence in that state. This is symbolic for the life of a child actor, unique from many of their peers, but also very much a part of them, as well.

Entertainment was provided by the Maui Girlz, including an appearance on the arrival red carpet. There were many familiar faces on the press line, as this event has become a press favorite with many wire services returning each year to provide coverage for our awardees.

Guests entered the Globe Theatre to the warm tropical smells of island breezes and papaya. They received their souvenir lanyard, which was a kukui bead lei (see more about the relevance and meaning of that by reading here: Kukui

Awardees received their gift bags and proceeded to their assigned table. As the actors and families socialized, they treated themselves to some Hawaiian sand — the edible kind, provided by Sandy Candy! All guests were treated to gifts of photo frames commemorating the occasion.

Lunch was served buffet style, and included food which was kid friendly, with a little bit of Hawaiian flare as pineapple and teriyaki chicken were added to the menu, along with a giant array of cookies and brownies.

The event was opened with a welcome by Paula Dorn and an introduction of special guests by Anne Henry. The emcee for this years event was Yuri Lowenthal who did a wonderful job!

The awardees received their trophy from one of the dancers in groups called to the stage through out the program. There were presentations of special awards for the Art Project, by Brian Vermiere and Kristina Hughes of Holdon Log. The Art Project was to depict “something beautiful” and the crowd enjoyed them all as they were shared on the big screens to a backdrop of Hawaiian music.

Also awarded were essay winners who answered a prompt asking them “If they were stranded on a desert island and could only take one thing, what would they take?” 1/3 of our awardees chose to take their Mom! Amazing prize packages from Disney, Can You Imagine That!, Cricket Feet Publishing, HoldonLog and more were given to the winners. Our top essay winner, Bayli Johnston won a prize package worth more than $2000 including a full year scholarship to Laurel Springs School.

Three of the essay winners were treated to an interview by the VCN Channel, affiliated with Breakdown Services. You can view those interviews here: http://www.virtualchannelnetwork.com/channels/collective/ep123.cfm

The 2010 CARE awards Special Awardee was Justin Henry. Justin is the youngest Academy Award nominee in history, earning the nom at age 8 for his role in Kramer vs. Kramer. Today, Justin is a college grad, a dad himself, and has plenty of loving advice for young performers. Read more about him here

Prior to the entertainment portion of the program, special honor was given to the 5 awardees who have attended all 6 CARE awards events. They, as well as other guests, were encouraged to perform a dance with the Maui Girlz, (and a Maui boy or two as well). The traditional Polynesian dances performed were beautiful and culminated in a fire dance.

A final group picture was staged, and confetti streamers signaled the end of the event as the crowd sang “Aloha Oe”. Families and friends continued to enjoy the day in Universal Studios Themepark and on City Walk to round out their day of celebration.