Welcome to one of the most confusing and difficult aspects of the entertainment industry—getting paid! Residuals (also known as royalties) are the bread and butter of the working actor’s life. They are what keeps you going when things get slow (and they DO get slow…for everyone. This biz is one big roller coaster!). They are that wonderful surprise in the mailbox, just when you need it most. 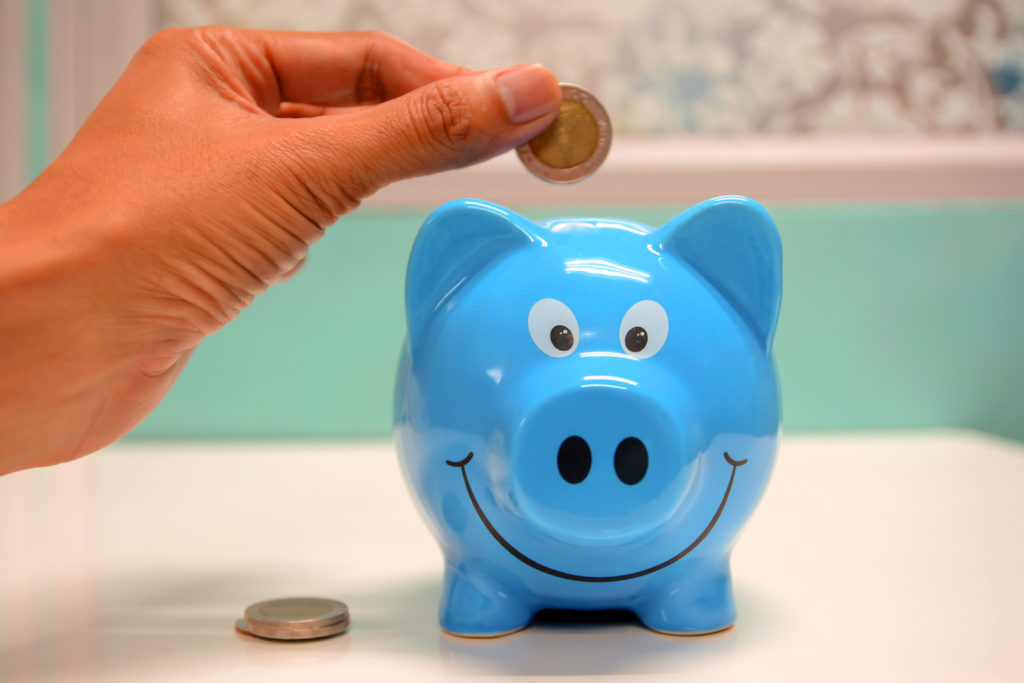 In the industry, your payment for the day you work is referred to as a “session fee”. Any payment you get after that is referred to as a “residual payment”. Residuals are the cornerstone of an industry system designed to compensate actors for the continued use of their performance. It is the actor’s fair share of the revenue generated from the project. 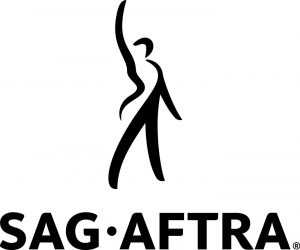 Residuals are paid to union actors when their performance is used again. There are different pay scales for different types of work (TV, film, commercials) which are dictated by different contracts (low budget, made for cable, feature films made for the theaters, etc).

Non-union projects do not pay residuals, since there is no real infrastructure to track actors down (sometimes 10 or 50 years later!) to pay them. When you work non-union, your session fee is usually all you are going to get. It is a common practice to offer a one time “buy-out”, an upfront payment that covers all usage. Sometimes that buy-out is for a large amount of money, but without a crystal ball, you’ll never know if it would have been more money than a session fee plus residuals would have been. Of course, a project is produced as “union” or “non-union”, and the actor does not control that. Non-union producers are not bound by the residual system. Residuals are one of the great benefits of union work in SAG-AFTRA or ACTRA.

British and Australian/New Zealand unions do not pay residuals, so if you work on a project in those countries make sure to ask for a SAG-AFTRA contract (Global Rule One).

Why Do I Get Residuals?

In general, actors aren’t paid for the first exhibition of their work—that is included in the session fee (your work day wages). Residuals are paid to actors when their performance is used AGAIN, or in a new way that was not intended when you originally worked. For example:

In general, you get paid a session fee that allows the producer to show the film in one defined way. That is specified within your contract. For instance, the top of your contract will say whether a show is intended for Cable TV, Internet, or Network use. The contract will also say what union contract the project is being filmed under (SAG Ultra Low Budget, or AFTRA Uptown Agreement, for example). It is really important to know what union contract you are working with. If you don’t understand, call the union and ask! This type of contract determines your pay scale for the session fee, whether you get residuals at all, and in what circumstances you might get residuals. The unions now have so many different sub-contracts that it is really important for actors to ask questions! You can’t just assume you will be getting “union scale” because it is a “union project”.

This article contains basic information about residuals. For more detailed information, contact your union, SAG-AFTRA and ask for the residuals department.

Why do I NOT Get Residuals? a.k.a. Pitfalls to Counting on Residuals

You might find yourself NOT getting residuals in a few instances:

Moral of the story – Make sure you get as much as you can for a SESSION FEE. Don’t count your chickens before they are hatched. Don’t count on getting ANY pay later. Residuals are gravy. 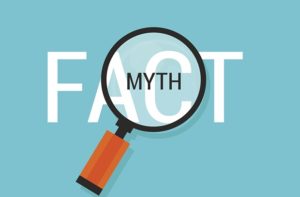 Myths and Legends About Residual Payments

Be realistic! Get your session fee, and be happy. Don’t count on any more money. Don’t make decisions for the future (like buying a car, or using credit cards) with the assumption that you will be getting residual money for years down the road.

It is NOT TRUE that one commercial will pay for your child’s college education. Or pay for your pilot season trip. Those are myths. Lately, we have heard repeatedly about a Burger King Kids Meal commercial where the child reportedly made $75,000. It is simply mathematically impossible. Once in a blue moon a commercial will get cut into 10 different spots, each of which would pay as individual commercials. If some of those commercials ran for 3 years—that is the only way you could make 6 figures.  And that is very, very unlikely in the age of social media targeted advertising and influencers.

It is NOT TRUE that a kid became a millionaire as a result of their first job on a feature film or their luck in booking a pilot. Most kids working on TV and film projects get scale, plus 10% for their agent. Their residuals add up over a lifetime, yes. And that’s wonderful. It’s why we love the residual system. But you would have to do a few films and work your way toward Jacob Tremblay status, or be the star of a TV series for a few years before you are financially secure. For an idea of one child’s experience, check out this 2022 article about Reece Thompson, who played the little Irish boy in Titanic. He discusses his residuals over 20 years: Titanic Film Residuals.

Usually SAG-AFTRA holds the jurisdiction for commercials. In 2019, SAG-AFTRA negotiated a completely new payscale.  Now employers may choose the “old contract” (a session fee and regular residuals, paid as the commercial is shown) OR they can choose from Upfront Use Packages.

Upfront Use
In these packages, advertisers choose one of four tiers:  Upfront Plus, Upfront Flex, Upfront Digital or Audio Flex.  The largest is Upfront Plus and it is akin to the old “Class A Network” use — the kind of commercial you see on network TV shows, during primetime.  It is essentially, unlimited use for a year.  The upfront payment for an on-camera performer is $20,000.  Residuals are $100 per use.

The next tier down from that is Upfront Flex and that tier is more about how they are going to use the commercial — there are separate, additional payments for Spanish, local cable, wildspot, etc.  The upfront payment for Upfront Flex is $8,000.

You can find a summary of the new contracts here. 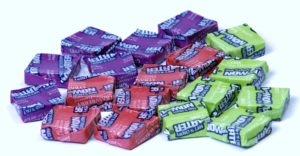 Employers still have the option of choosing the old contract though.  In that scenario, you get paid for a session fee (for the days you worked).  A session fee is currently $712.00 per day.  That session fee allows them to show a commercial ONE time for free. Beyond that, there is a sliding scale for each showing, and it depends on what city is it shown in.  You will get paid different amounts for each type of use.

It is pretty common to think you hit the big time when you book your first day on a TV series or your first feature film that shows at your local theater. It IS pretty big time! Congratulations! Unfortunately, the money may not be big time at first. And you have to wait awhile for it. Here are some notes on theatrical residuals:

No residuals for first showings, including all box offices. Residuals start when it is shown again anywhere in the world, any medium. For example: You got paid for your week’s work on Charlie Hunnam’s next film. Good for you! A year later, the film goes to the theatres. Woo hoo—it’s #1 at the box office! Sadly, you already got paid for that—it is part of your session fee (what the film was created for, a.k.a. ‘first use”). Six months after that (18 months after you worked), the film goes to DVD/Netflix/Amazon. About 6 months after that, you’ll get your first residual check! You’ll get paid again when it shows on premium channels like Showtime, HBO etc. Then you’ll get paid again when they show it on network TV and cable. Those will trickle in, year after year.The really great news? This process goes on FOR LIFE. You will continue to get paid smaller and smaller amounts each time the film is shown, forever.

If your film goes straight to a streamer (Disney+, HBO Max, Netflix, etc) but your original employment contract was done for a physical theatrical box office release, the established system gets corrupted and your income will be drastically reduced. That’s what happened when Scarlett Johansson sued Disney in 2021. Black Widow was released simultaneously on Disney+ and theaters during the pandemic. Her originally employment contract, negotiated many years earlier, was guaranteed a theatrical release and some of her income was tied to that order of operations. The lawsuit was settled because they wanted to work with her again, and because the company understood that their distribution move changed and it had the consequence of decreasing her income.

How do they figure out what you should get paid on a feature film?

It is a formula made up of the following 3 factors:

Tip: Working a lot of days in a successful film with a small cast can really pay off. The more cast members, the less your cut of the pie is going to be. For a tip on where you are in the hierarchy of your film, look at the Day of Days sheet.

Where Do They Send the Money?

Commercial residuals are usually sent to your agent, then forwarded to a manager (if have one). They each take their percentage and send you the rest.

TV/Film project residuals are usually sent to the union. The union processes them, and then sends them on to you (often weeks or months later). You are responsible for paying any agent or manager commissions, as determined by your contracts with them.

What Do I Pay My Agent?

That is a loaded question! The answer depends on what contract you signed with your agent. If you signed a General Service Agreement, the agent will likely commission all your residuals (which can add up to tens of thousands of dollars over a lifetime, a significant disadvantage to GSAs). If you signed a SAG or AFTRA agreement with your agent, the union limits which commissions are “commissionable”. Even within the SAG-AFTRA structure, there are some twists and turns:  SAG and AFTRA merged in 2012 and they are still working on the equalization of what is commissionable and what is not. Employment contracts (not agent contracts) before the merger are referred to as “legacy contracts” and they are still around.   Here is a page of what is commissionable under their rules.

When you turn 18, make sure to notify all your employers, so they don’t keep with holding Coogan from your residuals. Lots of Coogan money goes missing this way, since the residual system is not set up to track children and their Coogan payments. If you think you might be missing any Coogan money as a result of getting residuals, check www.unclaimedcoogan.org.

Unclaimed Residuals. Since residual payments happen over a lifetime, lots of money gets lost in the shuffle. Check here to see if you might be missing money:

SAGAFTRA 2019 Commercial One Sheet — Explains Upfront Payments (most current negotiation).  Make sure to scroll for cable and wildspot residual formulas

Goals:  Six People Who Have Made a Fortune by Acting in Commercials, by Seamus Kirst in Forbes Magazine