Many people enter the industry thinking, “My child could be a model”. There is so much more than that! There is a place for every child in the entertainment industry if they want to be there. Child performers are working in: 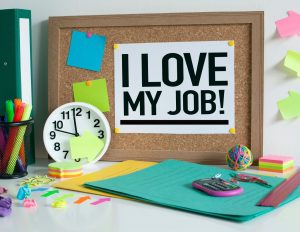 Print Modeling  Still photos in magazines, newspapers, advertisements on packaging. In general, tall, thin children do this kind of work because clothes look good on them.

Fit Modeling  These children fit into precise sizes and are utilized on regular basis by clothing companies who design clothes.  Fit modeling doesn’t pay well, but it is consistent work — until you grow out of the size!

Runway Modeling Contrary to popular belief, there is very little work on the runway for children.  That’s because labor laws in recent years have banned the use of models under 18 (concern for eating disorders). In fact, there are only 2 legitimate designers who utilize children during New York Fashion Week. It is a common scam to sell “modeling classes”.

Commercials  Television and social media video commercials are where most child actors begin their journey. All kinds of kids are used here including kids of all ethnicities, shapes and sizes. It is an advantage to appear younger than you actually are.

Background Work  Children who work in the background of commercials, television and movies do not say lines and are not given credit for their roles.  It is fun, and it is an education, but the pay isn’t good.

Television Series  Acting skills are needed here. Roles start with co-stars (usually a few lines and one or two days of work) and progress to series regulars (stars of the show that appear in all or most of the episodes).  This work can be union or non-union and the pay varies widely.  Network TV pays the most, with streamers (Netflix, Amazon, Disney +) coming in second, and cable TV (Disney Channel, Nickelodeon, AMC, etc) paying the least.  TV and film are usually combined together as “theatrical” on the west coast.  A TV episode generally takes a week or so to film.

Films  These range from student films to major studio feature films. Like TV, the levels of roles start with a few days of work and work up to leading roles where the commitment is often several months.

Voiceovers  Radio commercials, voices in stuffed animals, animated television and feature films.  These roles require voices, no on-camera.  It doesn’t matter what your child looks like, but they must have a unique voice and stronger than average acting skills.  Many adults compete with children for voiceover roles.

Professional Live Theater  Think Broadway, national tours, circuses or theme park shows. Children who get these roles tend to be skilled at acting, singing and dancing. Their roles are often limited by height and their contracts range from 6 months to one year.

Realty TV  These are the kids who do family shows like the Duggars, competition shows like The Voice, or game shows like Floor is Lava or Double Dare.  Yes, they get paid!  In most cases, reality TV performers must abide by labor laws, but they are non-union most of the time.

Influencers  These kids are working as entrepreneurs on social media.  They get paid to endorse products and they get paid for their appearances.  Please note that “brand reps”, who get paid only in product, are not considered professional.