Making IMDb Work for You

The Internet Movie Database is owned by Amazon, and has become a staple in the entertainment community. It is built on a huge database of every movie and television show, along with all the people and companies that worked on them. As of 2020, there were 6.5 million movie and television titles listed. There were 10.4 million names listed.  Information can be added by anyone (remember that – ANYONE) and it is not guaranteed to be accurate. In other words, we’re talking about quantity, not quality.

But it wasn’t always this huge. IMDb started out being a fan site and nothing more. This is important for actors to keep in mind, because IMDb is still very much fan-oriented. We may see a career benefit, but it is primarily designed for the public, not for industry insiders.

IMDB was started by a guy named Cole Needham in his bedroom in the UK.  He and his friends started the site back in 1989, as all volunteers.  Here is a little about Cole Needham.

This KTLA news report about IMDB (3:00 on Youtube) is a great introduction to the site, IMDbPro, and how it works with Wikipedia

IMDb is a pretty cool tool for actors. We’re here to give you the basics of how to use it, as a tool. It is not a destination or a career goal. It is just a tool that can enhance your marketing efforts if used wisely.

Getting an IMDb Listing

Most of IMDb happens organically. If you have a principal role in a feature film or television show, most of the time, production will enter your name when they enter the project’s details on IMDb. That said, anyone can enter information into the database, so sometimes the credits are incorrect or aren’t there at all. All you need to do is click “Update” at the bottom of any page and submit your changes.

To be included in the IMDb database, several conditions must be met. We strongly suggest you read the various FAQ pages about updating IMDb in the specific areas you are looking at. For a taste of the regulations:

Big note on populating your page with personal information: It is almost impossible to REMOVE information from IMDb. Sometimes you an update it, but removing it is next to impossible. For this reason, you should be very, very sure of the information you give there. Never give home phone numbers, personal emails, birthplaces, or parent’s names (think identity theft).

Seriously consider if you want your child’s age on IMDb — will it ever be a hindrance to them? Will they ever be playing a different age than they actually are, so the listing might nix them from a job? An actress sued IMDB because she felt her birthdate was keeping her from jobs, SAG-AFTRA actively participated by sponsoring a law about it, but they were ultimately unsuccessful — IMDB won the case saying the law was unconstitutional.  Similarly, IMDB recently changed their policy and allowed some performers to remove their birth name from the site (think LGBTQ people who no longer choose to be identified by their birth name) but only if they weren’t widely known.  IMDb has held strong to the belief that the “fans need to know”. See what we mean about this being primarily a fan site, and not a career site? Keep that in mind as you enter information on IMDb.

We advise spending the money to get the Pro version. It’s about $19.99 per month and they offer a 30 day free trial.  They also offer a discount for SAG-AFTRA members. The Pro version allows you visibility into Starmeters (more on that later), what agencies actors are with, budgets of movies, advanced search versions, etc.

This IMDb feature actually allows two functions to happen: a resume and a headshot. If you have a credit on IMDb, you really MUST have a headshot on IMDb. This site is referenced enough by casting directors that you really should make sure your photo is current. You get 99 photos once you pay the fee, but try not to get carried away — too many photos looks amateurish. A headshot or two, a red carpet photo or set photo and that’s enough.

The resume function, in our opinion, is not quite as useful. If you don’t have any verifiable credits on the main IMDb page, then the resume function does allow you to create your own resume. You can “buy” your way on to IMDb. It also allows those actors with other kinds of work (Broadway, commercials, etc) to get them on there somewhere. Overall though, any industry person knows you can say anything you want on that page so it doesn’t hold much weight. And you won’t generally see star names buying resume space on IMDb. It is just not necessary.

A new feature on IMDb is the ability to post a demo reel. Again, we feel you need to consider the value of IMDb in general. It’s a FAN site. Do you think the fans need to see your demo reel? Do you think they need to be “sold” on your child? Can you take the inevitable criticism about your Reel? While there is nothing wrong with loading a demo on IMDb, we suggest that it would be better placed on Breakdown Services, where the buyers (CDs and producers) of your product (your child’s acting) are actually looking. They aren’t watching reels on IMDb.

Vanity URLs and Other Cool Tricks 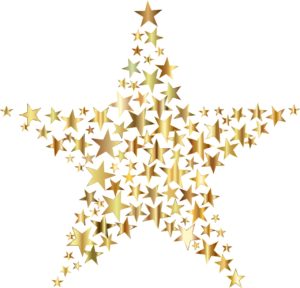 In a very general sense, Starmeter is a measure of how many hits your page gets. In short, it is a popularity contest based on a secret algorithm. The numbers are recalculated every Monday.

Don’t give it too much weight. It can be meaningful when used in a very large sense…like doing a search of all the actresses within a certain age group, or looking at a whole roster of an agency. But it isn’t statistically reliable for just one person. It isn’t statistically reliable when looking at a representative themselves, since the fans at IMDb aren’t likely to be looking up specific agencies.

For individual actors, the lower the number, the better it is. McKenna Grace may be #1 on a given week, because Ghostbusters was #1 that week and because it was announced that she signed a deal with a studio for a new series of superhero movies (this is a fictional example, although we wish the best for her!).  Journalists would be searching her, the people in countries where Ghostbusters is just premiering in Europe are searching, young teenage girls are searching and no doubt, pedophiles are searching her.

IMDb will not reveal the exact matrix used for the Starmeter listing and we know there is a great belief that it is manipulated by the IMDb staff. We can tell you that your Starmeter will go down the week a movie or TV episode comes out, on your birthday (because journalists and bloggers search “all birthdays this week”), and if you are associated with someone who’s score goes down. (ex. Sylvester Stallone’s daughters are not actresses and don’t do anything, but always have low Starmeters and fluctuations because their dad makes the news).

Deaths often make #1, along with arrests and other nasty stuff. Other trivia: IMDb is not reflective of the whole world’s population. It is inhabited by teen girls, pedophiles and by British people. The general public does not know who ELSE stars on Stranger Things, but if you book a “Kid #1 role” on that show, you will have a pretty low Starmeter for years. Why? Because that is who is searching IMDb. British actors often have very low IMDb numbers, even though we have NO IDEA who they are in the states.

Starmeter is also affected by OTHER people’s Starmeters. In other words, NOTHING could be happening to you personally, but if 10 new movies are released, with 500 new actors attached, your Starmeter will go up (negative)…because those new hot people are taking the more desirable spots on the list.

By the same token, the lower the number, the tougher it is to move toward the #1 spot. When you are talking about rankings in the 500,000s, it is easy to move into the 200,000s with just one person looking up your child, or the addition of a short film nobody has heard of. This is because nobody in the hundreds of thousands has all that much going on. When you get into the 5,000s, where you might be if you are appearing in a major feature film that debuts this week, there are a lot more REALLY famous people, with lots of things happening around them, and connections to other people and projects. It is tougher to move toward the #1 spot.

For a guideline, kids with Starmeters of about 50,000 or less seem to be kids who are currently working fairly regularly. Recognizable kids are closer to 10,000 and less. True stars (and those in the tabloids) are probably 1,000 or less. But that is WAY general.

For a funny take on how to lower (make it better) your Starmeter, read actor Ben Whitehair’s take here.

Thinking about paying a service to lower your Starmeter? Don’t!  It’s a scam.  Learn why here: Manipulative Marketing.

It Really Is This Simple:

If you want to promote your child’s presence in the industry, there are simple ways to utilize IMDb to their benefit.

If You Have A Problem at IMDb

IMdb tends to be extremely web-based and not very responsive. They don’t even publicize a phone number that you can call if you need help. As with any database that large, there are often problems. Here are some suggestions to help you: