New laws are being formed about child actors each year! With the entertainment industry becoming increasingly global, and families traveling for the biz more and more, we need to be concerned with new laws in every state.

Bizparentz is an advocacy organization, and we do represent young performers and their families within government when we can, and within the extent of the law. But each and every citizen (kids and parents!) has the responsibility and the right to share their views, as an individual. For the most part, we have found that elected officials know nothing of our acting world and welcome the input into the legislative process. this article was written in an easy to understand way, by former child star and retired California Senator, Shiela Kuehl.

The basic premise of government in the United States was stated simply by Abraham Lincoln in The Gettysburg Address: “a government of the people, by the people, for the people…”

Unfortunately, many people are intimidated by the governmental process, not knowing where to turn to solve a problem or how to influence a policy decision.

This article explains how to effectively participate in the legislative, or law-making, process. The legislative process is most effective when people share their views with their elected representatives. By lobbying, average citizens can influence an elected official’s position on an issue.

Influencing the legislative process begins with informed citizens. Keep up on the issues and know who the elected officials are who make the decisions at each level of government — whether it be the City Council, the County Board of Supervisors, the State Legislature or Congress.

You can influence your elected officials by communicating your views. Write a letter or make a phone call to your legislator’s office. Many legislators hold regular public forums where you can ask questions and express your views. You may also make an appointment to talk to the legislator or a staff member.

By actively participating, you can become part of the process. You can influence the decisions that establish policy and create law.

GET TO KNOW YOUR LEGISLATORS

It is important to become familiar with your elected officials. This is easier than you might think. Although state and national representatives split their time between the home districts and either Sacramento or Washington, D.C., legislators and their staff are readily available. Elected officials typically have offices in both communities.  Bizparentz note:  search for your elected officials here.

Many legislators hold public meetings to get to know the people they represent – their constituents – and to learn about their concerns. By understanding the issues in a community, a legislator can more adequately represent constituents.

The easiest way to meet your legislator is to attend public meetings or to make an appointment to see your representative. 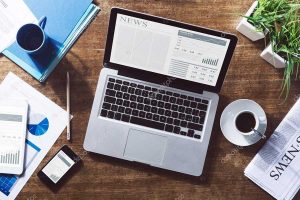 CORRESPOND WITH YOUR ELECTED OFFICIALS

Contact from citizens can greatly influence a legislator’s position on issues. Hearing concerns from the community helps to inform legislators on issues of importance to their constituents. It also helps them to establish useful resources on particular issues affecting their citizens, and it allows them to effectively represent their constituents.

Legislators are contacted not only by their constituents, but by citizens throughout California. Most legislators respond promptly. However, due to the large volume of letters and phone calls they receive, they often respond only to residents of the communities they represent.

I am writing in support of (opposition to) SB/AB (bill number) that will be heard on the Senate/Assembly floor in the upcoming week/month.

The bill will have the following effect in the community: (expand on issues related to the bill.)

Thank you for taking time to review my concerns on this legislation. After this bill comes up for a vote, I would appreciate being informed as to how you voted and why. I am available to answer questions or provide testimony on this important issue.

COMMON MISTAKES MADE WHEN CORRESPONDING WITH ELECTED OFFICIALS

Never assume you know how legislators will vote on an issue. Always check with each legislator to make sure all questions have been answered. More time should be spent with the members who are undecided or who are inclined to vote against you. 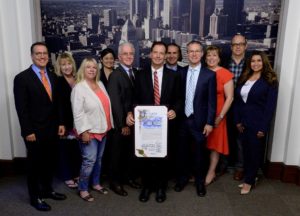 Bizparentz with Los Angeles Mayor and Council, SAG-AFTRA officials at ceremony honoring Mark Lambert of the LA City Attorney’s office for his career and legislative work.

When lobbying, remember that legislators are most responsive to their own constituents. Whenever possible ask supporters to contact their own representatives. This is most important when a bill is before a legislative committee.

On most issues, the legislators have done their homework on a bill before the committee hearing and have decided their position. At the hearing itself, the only additional votes to be gained are those by members that are undecided. This means that you should follow up your written position on a bill with a phone call or personal visit to those undecided legislators a day or two before the hearing, either in Sacramento or in their district office.

The most persuasive argument you can use is to tell a legislator how a bill will affect his or her district.

Talking to a legislator in person can be extremely helpful in getting the vote you want on a bill. Here are a few suggestions:

TESTIFYING ON A BILL

Find out about issues or legislation important to you.  The best source is probably the media. Newspapers, radio and TV all report on legislation of concern to Californians. Most organizations and interest groups publish newsletters. Many of these public interest groups have advocates in the Capitol who have access to the most up-to-date information.

In addition, your legislator’s district office staff can help you track down legislation of interest to you. Like all states, California lists all their legislation on an official, state-sponsored website.  This is California’s:  https://leginfo.legislature.ca.gov/faces/home.xhtml

SB – Senate Bill (AB – Assembly Bill) – bills require a majority vote. If there is a fiscal impact, they require a two-thirds vote.

SCA (ACA) – Senate (Assembly) Constitutional Amendment – requires a two-thirds vote of the Legislature and a vote by the people.

House Resolutions – matters of concern to one house.

Communicate With Your Legislator

Letters and emails are extremely effective. Give your legislator all of the reasons why you support or oppose a particular piece of legislation. Be sure to include your name and address. Send it to either the State Capitol office or to the district office. Postcards, petitions, phone calls and personal letters all help.

Each bill is heard a minimum of four times before passing the Legislature — in the policy committees and on the floor of each house. However, you should contact your legislator as early in the session as possible.

The California State Senate is on the Internet. By accessing https://leginfo.legislature.ca.gov you can: