How to Build a Law

State Filming Incentives are the single most important influence on the industry today, but most actors don’t understand them, and don’t know why it would affect them. We’re here to provide you the short, sweet, and plain English version. 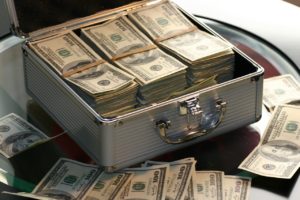 What is a Film Incentive?

Film incentives are state-funded programs passed by individual states to encourage Hollywood productions to come to their location. When the work leaves the expected or usual location, it is commonly called “runaway production”. This is the practice of taking film production to other non-traditional areas with a more favorable financial environment (cheaper labor, tax credits, tax rebates, etc).

Currently, 32 states (plus Washington D.C., Puerto Rico and the US Virgin Islands)  have some sort of “film incentive”. Each of them are hoping to lure production to their state so that the costs related to the production will infuse money into their local economy. No state can really compete with California, New York, or Vancouver in terms of technical skill and experience of the workers, so they have responded by saving studios a bundle of money in taxes instead. California and New York see this as “runaway production” and have passed their own filming incentives.  California raised their budget from $100M to $330M in 2014, and the governor signed an extension of the plan until 2025. In short, the states are battling for Hollywood’s production dollar and a savvy producer is going to do the most financially lucrative thing possible.

The incentive package for each state is a little different, but typically the programs have four components: local hiring requirements (usually applying to crew and background performers), a tax credit (usually 15%-40%), a state logo in the end credits of the film to encourage tourism, and a minimum amount of spending in the local community (for things like restaurants, hotels, props, and equipment rentals). In addition, some states such as North Carolina, Michigan and Georgia have built physical studios to encourage film makers to find a more permanent home there.

The current hotspots are Georgia and the United Kingdom.  Georgia offers a 30% tax credit and is the new home to Marvel movies like Black Panther, along with series like Stranger Things, Ozark and The Walking Dead. London, UK and Ireland are getting into the game as well with the combination of creative “tax relief” credits and a good exchange rate. We are told that it is now cheaper to move an entire multi-million dollar Los Angeles feature film to London than it is to shoot in LA.

Film incentives seem to work, at least temporarily. According to Georgia’s Entertainment Office, the industry produced 455 TV and film projects in fiscal year 2018.  They spent $800 million in tax credits in 2017 in order to lure those productions, by far the most of any state.  They believe that this has infused 9.5 billion (that’s with a B) of ecomomic impact into the state.  That’s big bucks.  Oddly, the Georgia film incentive program has spurred a cottage industry of producers selling their unused tax credits to other producers.

The news isn’t all good though:

Why Should I Care?
Three reasons: location, safety and legislation.

Film Incentives may be creating job opportunities in your neighborhood. Yes, it is true that the big leads may be cast from Hollywood, but the career building roles, the co-stars and supporting characters, will be cast in smaller markets. Opportunities for kids to succeed locally abound. Advertising yourself as a “local hire” can be a big selling point to producers who are desperate to fill their quota of locals. Get a local agent. You may want to forego the trip to Los Angeles and research the states around you instead. 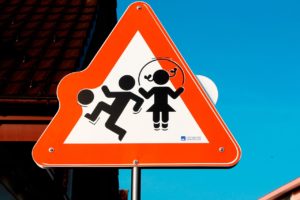 Parents need to be aware that child labor problems typically follow filming incentives. The state’s “investment” in a film may color their willingness to investigate labor violations or safety issues as politicians want to make it appear that the economic impact of the tax program is working. States lure filming, but very few have any guidelines specific to the entertainment industry for work hours, education or child safety on set, and often the crew members aren’t aware of child needs. You aren’t in an area with much historical child actor experiences anymore. Look for union sets if you can, as SAG regulations are at least close to California’s tight safety regulations. And know that YOU will have to be your child’s best advocate; negotiate for everything you need, and speak up for industry standards.

When production moves in, states with no child labor guidelines for the entertainment industry quickly figure out that they should create some structure to deal with the problems they encounter. This is often problematic, because legislators don’t understand how to structure those kinds of laws. They don’t have the practical first hand experience, and often ‘piece meal’ legislation together from existing laws in other states. These laws affect our children’s money, education, and work hours. Eventually, we’ll end up with a patchwork of mis-matched laws that we must all abide by, a different set in every state. There isn’t much we can do about this pattern of behavior, except be aware that it is happening and we encourage you to get involved when legislation is proposed in your state. Voice the concerns you have based on your own experience. With 36 states sponsoring tax incentives, the new laws will be close behind.

It is often easy to forget that the entertainment biz really IS an industry. That means profits, losses and budgets are critical to the growth and survival of the entities in it. We may be so focused on our teeny little corner of the world (getting an audition) that we forget how many other things are at play, and the affect filming incentives have on our employers, the producers. It’s just good business to watch the trends, and wisely increase your opportunities.

A State By State Interactive Map of Film incentives for Film Makers (make sure to research individual state links as this is likely to become outdated quickly):
Media Services Interactive Map