Being cast as an understudy or splitting a role has unique issues. Typically Broadway shows are performed 8 times a week. Producers make the decision about how to handle the work load for the child actors. Before accepting an understudy or split/shared roled, parents would be wise to consider what that might mean for their child. 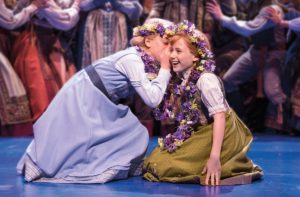 Sometimes producers will “split the role” or share it, meaning 2 or 3 children are cast as principals with each child performing 3 or 4 shows per week. The schedule is typically done 4 – 6 weeks at a time. This sharing of a role happens often when the role is particularly demanding—think Billy Elliot, Charlie and the Chocolate Factory, and Matilda,  where the starring role is shared by 3 or 4 children. In these cases, all children are hired as principals, but that act alone does NOT guarantee they will all be treated equally. Depending on what each child negotiated in their contract, there may be preferences / conflicts in regard to press opportunities, the number of shows performed, who performs in specials shows – such as opening night, press night, etc.

A really  positive example of this is with the four girls who share the role of Matilda. According to the New York Times, director Matthew Warchus said, “They must be interviewed together or not at all; their performance rotation is always changing so that audience members cannot target their tickets for any particular Matilda (each goes on twice a week and stands by twice a week). Even fellow cast members don’t always know which one they’re performing with till they get on stage. All special events — from opening night to the show’s number on the Tony Awards next Sunday — are equally distributed. Instead of making the quartet eligible to compete for the best actress prize, a Tony committee chose to give them a special award.  “We’re really rigorous about it,” Mr. Warchus said. “It’s four or you don’t get them. It’s probably annoying but there’s a bigger thing at stake here. If one gets overexposed, people will think that’s the real Matilda. So they’re all Matilda and that’s it.”

That’s lovely for Matilda, but rarely done by other producers.  It also means their pay is not as great, and you may not get the opportunities you are hoping for.

A big consideration when a role is “split” is rehearsal time. While the adults are getting a full rehearsal schedule, kids who are sharing the role must also split rehearsal time. This means they can be under-rehearsed. Most often kids entering the rotation, or replacing another child, will only get one “put in” rehearsal on stage. 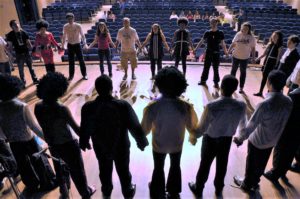 Understudies are a bit different—they are usually not guaranteed performances and must either call in a half hour before performance time every day, or go to the theatre, “just in case”. It can be a very lonely place and a hard role to accept. Your child must do all the work but get none of the glory. They must go to the theatre, but rarely, if ever, go on stage. When they do get to perform, it is with very little notice and not a lot of rehearsal, making it tough to do their best work in a pressure filled situation. Under-rehearsed = very stressful! Most times the understudy watches rehearsal, but only gets one “put in” (a rehearsal where your child gets “put in” the part) before they have to perform.

Most understudies report being bored to death every day. It gets old really fast. For the child who loves to perform, an understudy role is like dangling the carrot that they may never get. The good news is that being an understudy is a great opportunity to get a theatre credit, and learn without the bulk of the responsibility. It can be a great way to break into the business and gain exposure. 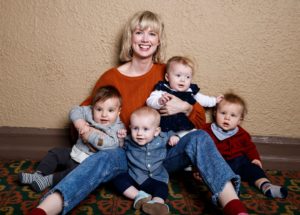 What is a Swing?  A Swing is a job title for someone who understudies mutiple roles at the same time.  Swings are almost always adults, and are the saviors of every Broadway show because they are true triple threats and can take on someone else’s role at a moment’s notice.  Children are rarely hired as swings, but you should know who they are, and give them the respect they deserve! Here’s an informative article about Broadway swings by Mo Brady in Playbill (2020):