How to Get An Agent or Manager

DISCLAIMER: Legal Information (general) is not legal advice (application of law to an individual’s specific circumstances). This site provides information about the law which is of a general nature. It is not intended to address an individual’s specific circumstances. Although we go to great lengths to make sure our information is accurate and useful, you should consult an attorney for advice on your particular issue or problem. There is no guarantee that any information on our site will continue to be accurate in the future, since new cases and laws are emerging all the time. Use of and access to this website or any links contained in this site do not create an attorney-client relationship.

Berg v. Traylor is a 2007 Appelate Court Case in California. The court’s decision on this case is a precedence setting one for all child actors and their parents. The primary issues are

Disaffirmance is the process of canceling a contract by reason of “infancy” (ie. the child was too young to be legally bound to a contract). When a minor disaffirms, it is as if the contract never existed—it is erased.

Craig Lamar Traylor (IMDb) was a young actor best known for his role in the Fox television show, Malcolm in the Middle (http://imdb.com/name/nm0871493/). His mother, Meshiel Cooper Traylor, signed a two page management contract with talent manager Sharyn Berg (Sharyn Talent Management) in January 1999. The agreement was for 3 years at 15% commission. The contract specifically stated that any action Craig “may take in the future pertaining to disaffirmance of this agreement, whether successful or not” would not affect Meshiel’s liability for any commissions due to Berg. In other words, Meshiel would owe the money, even if Craig bowed out of the agreement.

During the next 2 years, there was no dispute about the manager’s work product. She advised the family, coached Craig, took him to auditions, even loaned them money.

In June 2001 (2 1/2 years into the 3 year agreement), Craig obtained a recurring role on Malcolm in the Middle. On September 11, 2001, Meshiel sent a certified letter to Berg stating that while she and Craig appreciated her advice and guidance, they no longer needed her management services and could no longer afford to pay the 15% commission, since they owed taxes. Berg responded by informing the Traylors that they were in breach of their management contract.

In 2004, Berg filed suit against the Traylors, seeking her commissions. The court battle lasted 4 years and the Traylors employed 4 different law firms during that time. The Traylors missed court dates and deadlines multiple times. No guardian ad litem (a court appointed person commonly assigned to represent a child in a lawsuit) was appointed for Craig.

For most of that time it looked like Sharyn Berg, represented by attorney Brad S. Kane, was winning the case. An arbitration award was issued in 2005, awarding Berg commissions and interest of $154,714.15, repayment of loans of $5,094, attorney fees of $13,762, and $405,000 for commissions on Craig’s future earnings. The end, right? No. Just when they thought the case was over…. 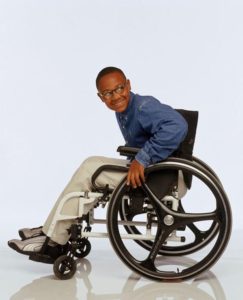 In August, 2005, attorney Robert Pafundi was retained by the Traylors. He recognized that no one had addressed Craig’s right to disaffirm the contract, and immediately filed a “Notice of Disaffirmance of Arbitration Award by Minor” which not only disaffirmed the original management contract, but also disaffirmed the arbitration award, and accused Sharyn Berg of practicing as an unlicensed talent agent. The case took on a new direction.

Eventually, the judgment was reversed and Craig was released from his contract. In March of 2007, the court stated that Craig DID have a right to disaffirm because he was a child, BUT Meshiel was liable for the commissions. In other words, the mother is left holding the financial bag, to the tune of more than half a million dollars!

The court also made a strong statement in regard to who is watching out for the child’s best interests. Judge Doi Todd states:
“Where our difficulty lies is in understanding how counsel, arbitrator and the trial court repeatedly and systematically ignored Craig’s interests in this matter. From the time Meshiel signed the agreement, her interests were not aligned with Craig’s. That no one—counsel, the arbitrator, or the trial court—recognized this conflict and sought appointment of a guardian ad litem for Craig is nothing short of stunning. It is the court’s responsibility to protect the rights of a minor who is a litigant in court.”

The Context of Prior Laws Protecting Child Performers

California has the most complex set of laws for child performers in the nation. When viewing Berg v. Traylor it is important to remember that some of those laws were affecting this case:

As a Parent of a Young Performer, What Does Berg v. Traylor Mean to Me? 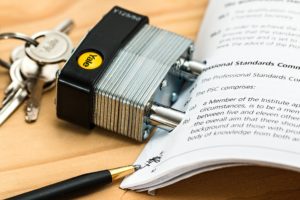 Simply: you can be held liable for your child’s contracts and you could end up owing HUGE amounts of cash—not your child, YOU. This is particularly scary considering many parents own a home and have significant assets that could be taken from them, in order to satisfy the debt.

This case could mean:

In January 2008, the California Supreme Court issued a decision in Blasi vs. Marathon Entertainment. Rosa Blasi (Strong Medicine) attempted to exit her management contract by stating the manager illegally acted as a unlicensed talent agent by procuring employment. The court ruled that although Marathon did violate the law (Talent Agency Act) by procuring employment, that doesn’t necessarily allow Blasi to void the entire management agreement. Then the court referred the case to the Labor Commission to decide which pieces of the contract are “severable”. http://reporter.blogs.com/thresq/2008/01/decision-reache.html,

In August 2008, Vanessa Hudgeons (High School Musical) was being sued by her manager/music producer, Johnny Vieira, for $5M after she attempted to disaffirm her contract 9 months after turning 18 (remember parents…you could be facing responsibility AFTER your child turns 18). Mr. Vieira claimed that he is entitled to 50% of her recording earnings, as per the contract that he says was court approved. He is also suing Vanessa’s father, Greg, for defamation.  The legal battles have continued back and forth since, with Hudgeons claiming that Vieira was still using her name to sell his business.  Reuters: Disney Star Vanessa Hudgeons Sued

Ms. Hudgeons was also sued by her attorney, with whom she had a contract for 5% of her earnings. She tried to disaffirm that contract as well, but ended up settling out of court in January 2008.
http://www.eonline.com/uberblog/b56908_hudgens_gets_schooled_in_contract_suit.html
http://www.tmz.com/2008/08/11/hudgens-accused-of-being-a-big-stiff/
http://www.tmz.com/2007/09/18/vanessa-hudgens-stars-in-high-school-lawsuit-ical/

Tips for Parents of Child Actors