Bankruptcies that may affect child performers and their families

Bankruptcy laws help people who can no longer pay their creditors get a fresh start – by liquidating assets to pay their debts or by creating a repayment plan. Bankruptcy laws also protect troubled businesses and provide for orderly distributions to business creditors through reorganization or liquidation.

Most cases are filed under the three main chapters of the Bankruptcy Code – Chapter 7, Chapter 11, and Chapter 13. Federal courts have exclusive jurisdiction over bankruptcy cases. This means that a bankruptcy case cannot be filed in a state court. More on bankruptcy cases: http://www.uscourts.gov/FederalCourts/Bankruptcy.aspx

What Does This Have to Do with the Business of Acting?

Bankruptcy is a very complex legal situation. While we support everyone’s right to the protections our government offers under the various bankruptcy codes, there are seldom considered circumstances that affect families in the entertainment industry. Chances are, someone else’s bankruptcy will affect your child’s business!

In the last few years we’ve seen bankruptcies filed for production companies, payroll companies, agents, managers, franchised acting schools, talent competitions and more. Of course, if you work directly with any of these entities, it could mean your child doesn’t get paid at all, you don’t get the services promised, or you lose your investment.

But even if you don’t have the misfortune of being directly involved, bankruptcy has other effects on our finances. For example, a business that charges hundreds of thousands of dollars on a credit card, then files for bankruptcy and doesn’t pay that debt, will cause the credit card company to raise OUR rates to cover their loss. The same goes for auto loans and other creditors. If they don’t pay their taxes (often the case), all of us, the taxpayers, end up footing the bill. And lastly, bankruptcy filings themselves cost the government money to process…judges, trustees and lawyers must all be paid by the taxpayer whenever someone files a bankruptcy.

Who is Doing It?

In today’s economy, we hear about many businesses – some of them large and well respected – filing for bankruptcy protection. In some instances, the company is able to financially re-organize, in other cases it marks the end of the business all together.

Would it surprise you to know that in the past few years, a random sampling of “franchised acting schools” have filed for bankruptcy, either via the school corporation or via the owner? A sample of 9 easily recognizable and accessible cases involving John Robert Powers showed creditor amounts totaling $2.7 Million. Common creditors are usually advertising (those radio ads we all hear, “Does your kid want to be a star?”), income taxes, sales tax and payroll tax. In almost all cases, leases for luxury cars (Mercedes, Maserati, BMW) and dozens of credit cards were included in each one. None of these 9 sample cases had any official assets for creditors to liquidate. They represented total losses for creditors. (Note, in some instances tax debt can not be relieved via bankruptcy).

In other words, the direct customers, the students at these schools, lost cash and/or classes. But there is an effect on all of us in the form of higher taxes, higher credit card interest rates, etc.

Shortly after these 9, there are 2 more easily recognizable John Robert Powers Franchise related corporations and/or owners in the bankruptcy process. Actors Studio in Maryland, and Bridgett Foster in California. Those 2 have unpaid creditors totaling $1.2 Million. So even if you think the “franchised acting schools” aren’t affecting you if you don’t enroll with them, the consistent financial failure certainly impacts all of us, as the losses incurred by businesses are passed on to all consumers.

These entities directly handle your child’s money as a pass through (they cash your child’s check, take their commission and pass it on to you). You should be aware that agents / agencies – managers – payroll companies – and even production companies have been involved in bankruptcy actions in the past. Managers are especially a risk, since there is no bonding requirement for them and they are relatively unregulated. There are more than a few managers in the industry who failed in business in the past.

In the case of agencies and managers, these bankruptcies did result in talent not being paid for work they performed. The payroll companies and production companies bankruptcies resulted in a mix of talent not being paid, or being paid a settlement amount. One manager who declared bankruptcy, Robin Brooks, allegedly cashed and held her client’s residual payments, and is now apparently unable to pay the children the money they earned.  She was prosecuted criminally as well.

Bankruptcy is a very real risk and a great example of why you should care about the financial health of the entities you conduct business with. Traditionally, children take the hardest hit within agencies and managers, as it is known they will be the slowest to complain or ask where their money is. Money matters should be taken seriously! You want to do business with those entities who consistently demonstrate on time payments and signs of financial solvency.

For more information on what to do when you feel that something is amiss, read our article here: When Reps Change

Specifics, Please!
Bankruptcy filings are a public matter. We have amassed a lot of detail related to businesses in or dabbling in the entertainment industry. Interest in the subject by families will determine the fate of that article (so if you are interested in names and numbers, let us know!).

We would be remiss, however, if we didn’t go a little further into 2 cases: 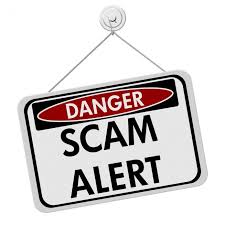 Thousands of families were effected by the actions of Stanley Robinson, both in his John Robert Powers franchises, and his additional venture, Pacific Modeling and Acting Academy. Those in the industry for awhile may recall the outrage across the nation in May 2008, when he simply ceased operation after traveling to cities across the nation and collecting up front payments for very expensive classes.

Eventually, a bankruptcy was filed, but for him personally, not for any of the business entities identified as operating his “schools”. The liabilities for his personal bankruptcy (nearly all business related) were $4.5 MILLION, and the creditor list was over 500 pages long, including over 2,000 families that had paid him for services. The creditor families were not “valued” in the list – instead they were listed at .00 – had the value of those losses been included the actual loss would have been millions of dollars more. A good portion of his detailed debts were to credit cards. It appears that not only did he run the business, collect millions in sales revenue, not provide services to clients, but….he didn’t pay all of his bills either. So where did the money go?

We are happy to say that his bankruptcy “discharge” was denied, and the case remains open for various other purposes. In other words, he didn’t get to walk away from his debts. But the likelihood that families will ever recover their losses, or even know where their money went, is very slim.

Lastly, we learned that DGS Productions filed for bankruptcy protection in Nevada. They were apparently the parent company for the two entities that sued BizParentz in 2009. They cite only two assets, a phone system and $40, and several creditors. Among the creditors are the lawyers that were involved in our case, as well as Sitrick and Company, a powerhouse PR firm that would have been employed to counteract the negative press we were accused of influencing. We have heard some reports of parents in Arizona not receiving services from their long term contracts, but it appears that most of the bankruptcy effects will be passed on to all of us in secondary ways.

It is troubling to us that while we had to pay nearly $20,000 to defend this suit that had no merit, they didn’t even complete payment for those they employed to sue us.

Here’s the big key: like almost all the businesses sampled in this article, the individuals continue to operate to this day, albeit under different corporate names. They continue to “scout” talent and collect fees from families in open calls around the nation. Yet, this corporation has a creditor list that has changed since the original filing and now totals over $1 Million.

What You Can Do

Here are steps you can take to avoid being ensnared in a bankruptcy:

We believe that consumers have the right to know who they are dealing with, and the background to businesses they are giving their hard earned money to. We will consistently speak out about the other litigation habits of these entities.

We consistently support anti-SLAPP bills (Strategic Lawsuit Against Public Participation).  When BizParentz was unsuccessfully sued by a talent scammer this is what the case was about — a case without merit that is only intended to quiet the public debate about a questionable business. These types of laws make it illegal for a business to sue someone who speaks out, and prohibit the plaintiff from declaring bankruptcy when they lose in court. Many states, including California have anti-SLAPP laws, but many do not. We are hopeful for a national version in the future.

The entertainment industry is a high dollar, high risk business – with many producers and studios relying on box office sales. With awareness and knowledge, it doesn’t have to be so risky to the children and their families.