How to Get An Agent or Manager

In general, agents are responsible for submitting a client for a job, and for negotiating the terms of the employment contract. Within that definition, an agent has many tasks that complement their abilities. Please note – an agent cannot simply choose to GET your child a job. They don’t have jobs to give. They can:

Like many other things in business, an agent with knowledge and power is a good combination. While many people judge their agent based on how nice they may be, or on the number of auditions – an agent’s true value is in their ability to negotiate a contract, (although lots of auditions and professional courtesy are important, too!).

Although the industry is at a point where talent is abundant, which makes negotiations related to wages more difficult – there are many considerations involving contract negotiations besides compensation. A good agent has been involved in many deals and knows what additional things to request for their client.

The traditional process within the theatrical industry (TV and Film) involves Breakdowns – an electronic service where producers and casting directors can list the projects and the type of actors they need. Please note – Breakdown Services does have a public function where some notices may be available directly to the talent called Actors Access.  A Commercial/Print agent has a similar process, mostly using Casting Networks or a regional database.  No matter what software they use, an agent has access to far more jobs than the general public, and some agents are privvy to job notices through their personal relationships with casting directors or their agencies’ power, before they are advertised on Breakdown Services/CNI. Either way, an agent submits, a casting director chooses who they want to see, and THEN the agent receives audition appointments. Then the appointment is communicated to the talent and/or a manager.

Agents will have many, many clients – many having over 1,000 children in the bigger Los Angeles agencies. There is a system to the way they populate their agency which varies between agencies. For example a smaller agency might want to have 5 kids from each age range male and female, each with different hair color, etc. If they lose a client they will be focusing on filling that hole in their roster. This is important to understand when you start looking for an agent. Your child may be super great at everything, but if an agent’s roster is already full, they may pass on representing them. An agent isn’t bound to not represent direct competitors, many will choose not to – but often that is something that a parent will factor in to their decision of which agent they want to work with.

In many states, agencies must be licensed and bonded, similar to a temp employment agency. For a list of the requirements in your state, click here: ATA Licensing Requirements  In Canada, resources can be found at Talent Agents & Managers Association of Canada (TAMAC).

In California, talent agencies are licensed and heavily regulated. The state limits their commissions and they are not allowed to do certain things like advertise, accept up front fees, or charge for other services such as photos. Here is a document from the State of California listing all the laws relating to talent agencies.  If you would like to check if your agent has a license in California, click here: California Talent Agent Database. 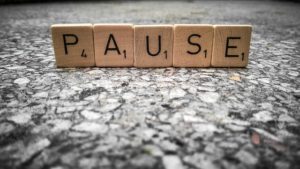 A really important caveat about children’s agents within an agency: In most cases, the owner of the AGENCY is the one who holds the license, who has been bonded, fingerprinted, etc. Kids’ agents are usually just employees of the larger agency (and often on the lower end of the agent food chain). There are no requirements for an individual agent—no college degree, no background check. Your contract is with the AGENCY, not the individual agent, so if they leave, you usually must stay with the agency. The AGENCY gets your commission, not the individual agent—they are usually paid a salary and maybe a small percentage on top of that. Why is this important? Because you should know that kids’ agents are not “gods” who graduated from a prestigious “agent school”. They are not the high powered agents you see portrayed on TV. They are normal human beings, some qualified, some not. Some getting paid well, some not. The range is huge, so you need to do your homework. 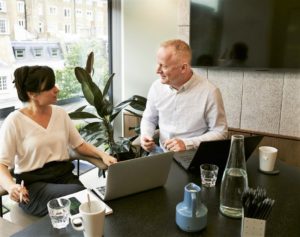 In the Los Angeles area, agents are “exclusive”, meaning talent can only have one agent per category – meaning 1 agent for theatrical (TV and Film), 1 for commercial, 1 for print, 1 for voice-over. Often a child will be with an agent ‘across the board’ which means the agency represents them in multiple categories. In New York, however, talent freelancing with multiple agents is common. It is also common to freelance in smaller markets, such as Atlanta, Miami and Chicago with specifications being made for geographical areas.

California agents may offer a representation contract at the very beginning of a relationship, or may work with a child on a verbal basis for a few months first. The standard contract for agents is one year. Longer contracts benefit the agency, not the client. In New York, the signing of an exclusivity contract with an agent ends the ability to freelance with others.

Standard commission for an agent is 10%, which is reflective of the SAG-AFTRA Franchise agreements. That does not mean that reputable agents might not ask for more in some parts of the country–the trend is for an agent to have a slightly higher commission percentage in some geographical areas, or for some types of work (like print or non-union commercials which are sometimes commissioned at 20%).  Never, ever pay more than 20% to any agent.

Many people look to see if a talent agent is SAG-AFTRA Franchised. 20 years ago that was a very, very important distinction. Today, only a few agencies in a major market remain SAG Franchised. When SAG and AFTRA merged in 2012, the discussion was opened again because AFTRA was also franchising agents, but in practice it just isn’t happening across the board.

What this means is that SAG-AFTRA talent doesn’t have to work with only SAG-AFTRA agencies. An agency who has continued to operate under the SAG Franchise agreement must use the standardized SAG Talent Contract. SAG also will get involved in disputes and complaints against those agents.

If you have a standard SAG agency contract, these are the standard circumstances in which you owe your agent commission: SAG Commission Chart.

There are very few agencies that have kept their AFTRA franchise, but are not SAG franchised.  This is rare, but if you happen to deal with one, here is the standard AFTRA contract you would be asked to sign.

Many of the other agents, including most of the “big dogs” belong to the ATA – Association of Talent Agents, and they do not use SAG standardized contracts. They use GSA (General Service Agreement) contracts. It’s very important to know what type of contract you are being offered. GSAs aren’t standard so they could literally say anything – but generally they require commissions on additional things that are not commissionable via the standard SAG contract. The terms of a GSA are negotiable.

There are some agency contracts that require the parent to sign a companion rider, holding your child to their contract. A 2007 court case, Berg v. Traylor, determined that parents could be held liable for commissions if they signed one of these and their child fired the representative later. Parents need to be SURE what they are signing. If you don’t understand it, have an entertainment lawyer look it over. It is well worth the money for a one time consultation (California Lawyers for the Arts for a referral).